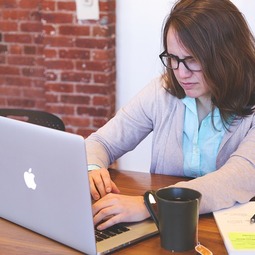 Track Changes is like marmite - if you have used it, you either love it or hate it. Most likely is that you hate it.

Of course, Track Changes has its benefits; in theory, it is an easy way to compare Word documents without defacing work or losing the basic context. It allows the user to be able to distinguish between corrections and comments, and see when all of these have been added, so working through systematically is supposedly stress-free.

Comparing in Word: Where it can go wrong

Nonetheless, if not used with total caution, Track Changes can ruin your life, or worse…that big case you’ve been working on! No joke; take the UK government for example. In 2005 the Home Secretary, Charles Clarke sent a Word document containing a letter to the opposition, but unbeknown to him, Track Changes was switched on and he didn’t accept all the changes within the document.

As a result, a deleted paragraph expressing concern over whether terror suspects should be held for three months without trial was still visible to the receiver. This blunder caused the opposition, and many in his own party, to call for Clarke’s resignation. Awkward. In 2004, SCO Group also experienced the wrath of Track Changes when it sent a Word document during a lawsuit against Daimler Chrysler that was initially prepared to target Bank of America. The letter’s date was altered and the visible corrections showed SCO had much evidence for a case to sue the bank, creating suspicion over why the name was changed at the last minute.

Don’t be “that person”

Microsoft claims that as long as the user “accepts” or “rejects” all changes on the “original showing markup” version before saving, a “final showing markup” or clean copy will be created and all will be well. However, many customers have reported having difficulty recognizing whether or not the red-line copy had been wiped of comments and corrections.

So how do we get around this? The (unhelpful) suggestion from Microsoft: make all the corrections the same color then the end reader won’t know who said what. Hmm. This tip is, however, forgetting one crucial variable: metadata.

While saving your document as a PDF or ODF file can eliminate most correction remnants, such metadata as the original author or the drafting title will linger on. The only way to be totally sure all previous corrections, comments and incriminating details are stripped from the final version of a document is to run it through metadata removal software.

Workshare Compare is an all in one solution that not only removes metadata from documents but also allows users to view all changes within a document, compare versions in one view, organize corrections and apply them directly. With a tool like Workshare Professional 10, there is no longer a need to inflict Track Changes upon yourself!